The Palm Jumeirah is the existing evidence of the actualization of “the Impossible” in engineering. The professionals, who had been presented the idea first, were stunned with the creativity and alleged impossibility of the project. Today, the breaker of a number of engineering laws firmly exists despite of all the possible natural perils, like earthquakes, erosion and storms. Was the idea only about amazing the world? Boosting through decades, at a certain phase, Dubai faced up to the problem of an area shortage. The author of the man-made palm-tree in the ocean, Sheikh Mohammad Bin Rashid Al Maktoum, came up with his solution – to allocate 2 billion dollars for the prosperous future of Dubai. What we can see now, is a result of courage and an ultimate success after all.

The island is shaped like a palm tree because of a simple reason – in this way all the apartments have direct and easy access to the beach. Like a real tree, the Palm Jumeirah has both a trunk and fronds, additionally there is a crescent semi-circling the tree. All the Palm Jumeirah Shoreline residences – apartments, villas, hotels are correspondingly located in three main parts of the island – the Trunk, the Fronds and the Crescent. The latter is famous for its spacious, five-star hotels. Whereas one of the privileges of the Trunk are three marinas, which are appreciated by especially boat owners. Unlike the Crescent and the Trunk, there are 16 Fronds on the island. All the Fronds are given a letter from A-P according to the alphabetical succession, the higher the letter is, more expensive the apartments in the frond are.

The Golden Mile Apartments are situated in the heart of the Trunk of the island. They feature 10 buildings which are similar to each other. The 11-storeyed edifices possess venues for not only holiday apartments for rent, but also for retail and freehold offices. Businessman will be interested in the Golden Mile’s proximity to the heart of the business world in Dubai – Dubai Media City and Dubai Internet City. The district will soon feature also a whole chain of restaurants, pharmacies, modern shops, regular groceries, etc. However, many famous eateries in the city are quite near the Trunk and some are not more than a five minute drive from the Golden Mile. 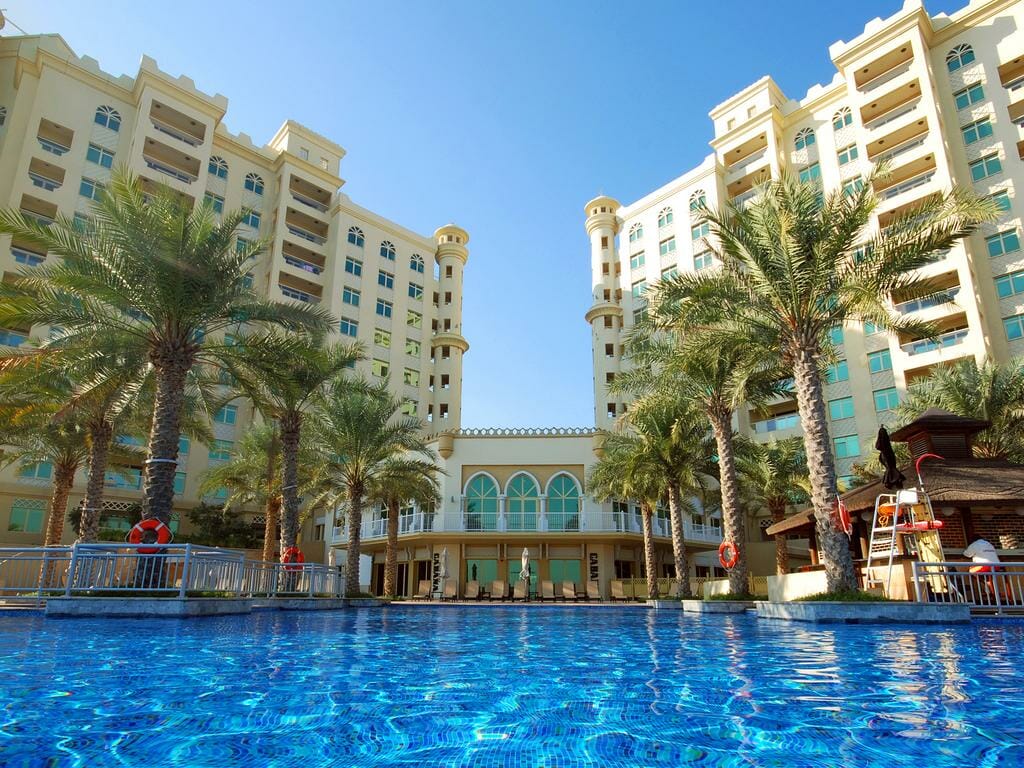 Another advantage that The Trunk boasts are the Fairmont Residences in its western part. If you are looking for Palm Jumeirah rentals, there are excellent opportunities here. 558 apartments, different in size, finishes and taste, are at your disposal. Weather you prefer townhouses, penthouses or just a “modest” apartment, they are plenty in the Fairmont Residences. But if you want to stay at a hotel, it is not a big deal, since there is the five-star The Palm Hotel here. The living amenities are also advantageous. Restaurants, sport facilities, a kid’s club, a gymnasium, a swimming pool, etc. 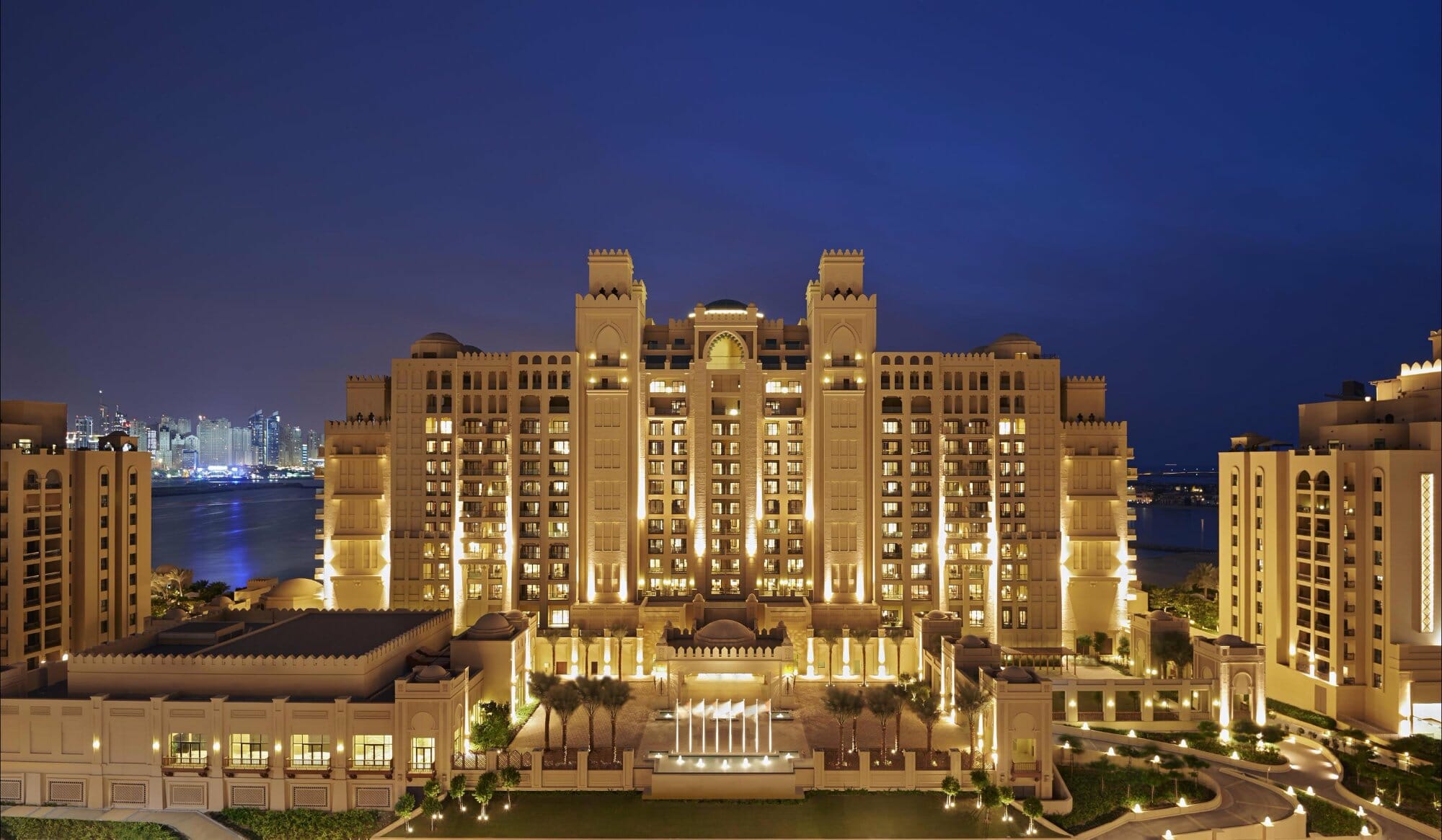 The Pearl of the Palm is the Oceana. This district is indeed an oceana, since the seven buildings located here are named after 7 seas of the world. Together with the Tiara, the Oceana sits on the Trunk offering different sized apartments of 1 to 3 bedrooms, townhouses, penthouses. It goes without saying that all the apartments here boast panoramic beach, marina and garden views. The same can be said about the Tiara apartments, the total number of which makes up 644, including both one, two and three bedrooms. Meanwhile 14 extravagant penthouses are located in special gated areas. Moreover, 200-roomed Hotel and Resort property comes along to satisfy the needs of those who intend to stay at a hotel.

The lost island mentioned in Plato’s works “is found in Dubai”. The Atlantis Hotel is themed on the myth of the Atlantis Island, though the Arabic touch on all the resort center is quite felt. 1,539 rooms are located in the West and the East Towers of the hotel, which are linked with the Royal Bridge Suit. The hotel features a number of attractions, the Aquaventure Water Park for one. Here you Can get up close with the marine animals by swimming with the fish, diving, feeding them, have fun with them, or dine in the underwater restaurant watching the marine life passing you by. You may wander in the Lost Chamber Aquarium to discover the ruins of the found Atlantis. Dubai music and dance lovers may enjoy the Nasimi sessions in the best beach dance floor of the globe. 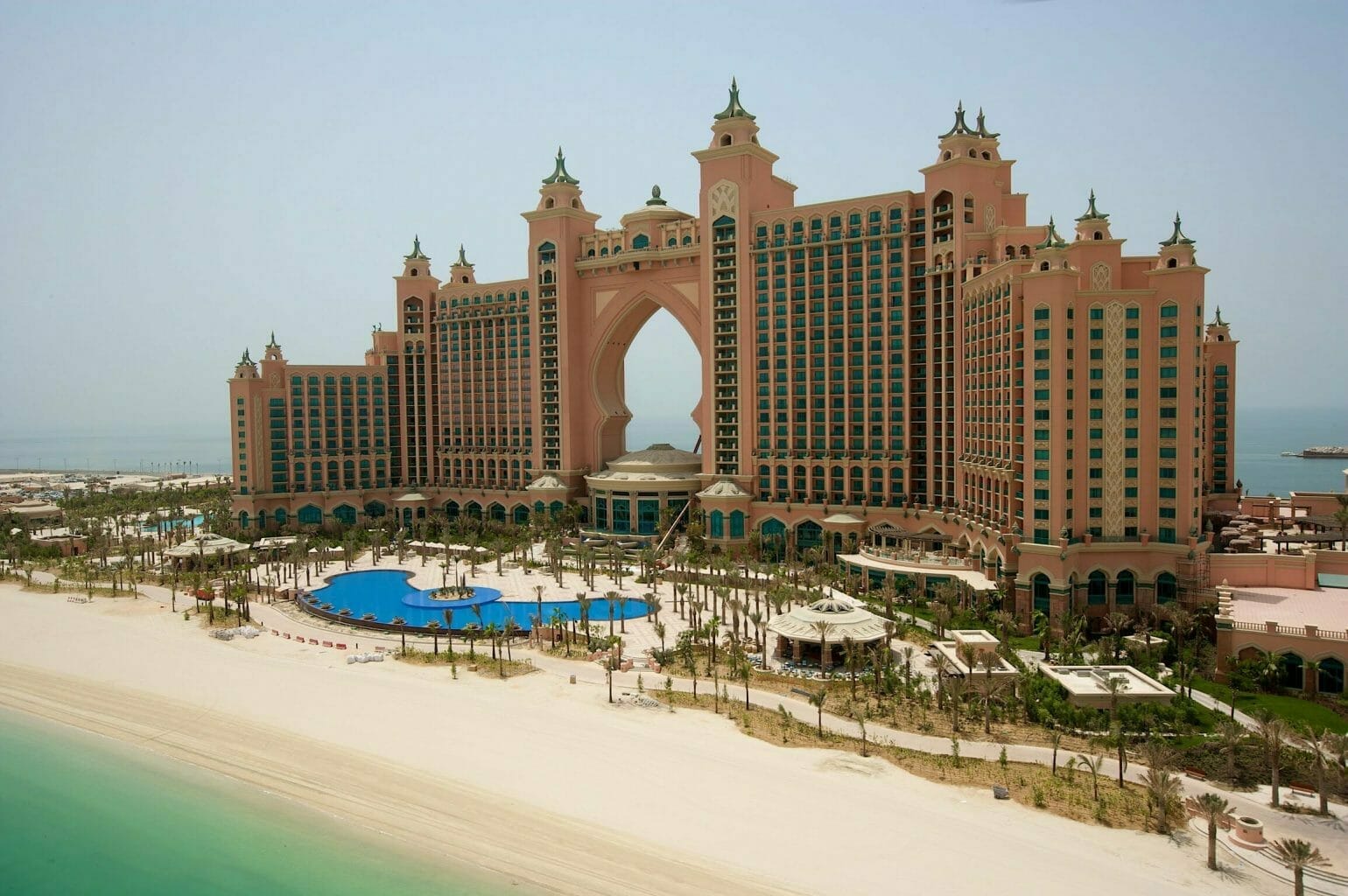 The Palm Jumeirah will soon boast its own shopping mall. Planned to be opened starting with 2017 , the mall will feature a 100,000 square meters space for retail purposes, an interior garden of 1,000 square meter and an observation deck to admire the views the island gives opportunities for. The Mall will host not only shops and outlets, eateries, but also six clinics, a nine-screen cinema. One of the ornaments of the Mall is designed to be a five-star hotel, which will have a direct access to the Nakhheel Mall, possessing 200 rooms for serviced apartments, an outdoor rooftop pool, restaurants, etc.

One of the top destinations at night in The Palm Jumeirah is The N’Dulge at the Atlantis hotel. From dancing to sharing the beverage with the stars in an outdoor terrace, N’Dulge provides favorable atmosphere to hang out. Another preferable destination can be the 101 Dining Lounge and Bar Dubai, where you can dine, enjoy the fascinating surrounding and even have a cruise round the marina by a private boat. If you’d like to dance all the night, The Atlantis Beach, The Nasimi Beach, offers you chances of night shows and concerts performed by world-famous singers and DJs.